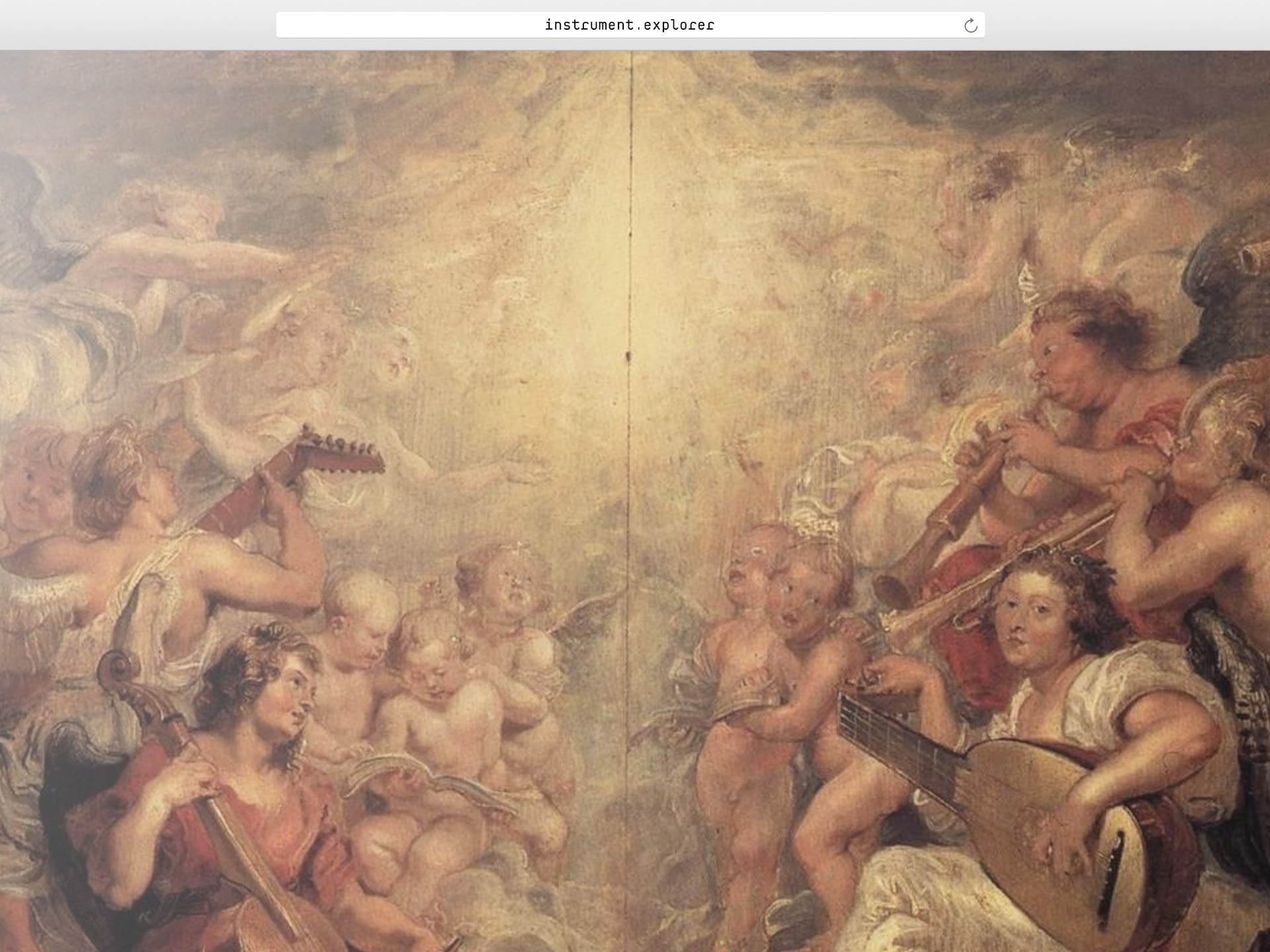 In late February we spent the weekend at the RGU Hack, exploring browser-based instruments, flying drones and enjoying the feeling of being back at uni.

RGU Hack is a hackathon where participants have 24 hours to create a hack in response to challenges set by organisers and sponsors of the event. Design, code, hack, walk, run, crawl your way to the final presentation. It’s a pretty simple concept but can yield some amazing results. 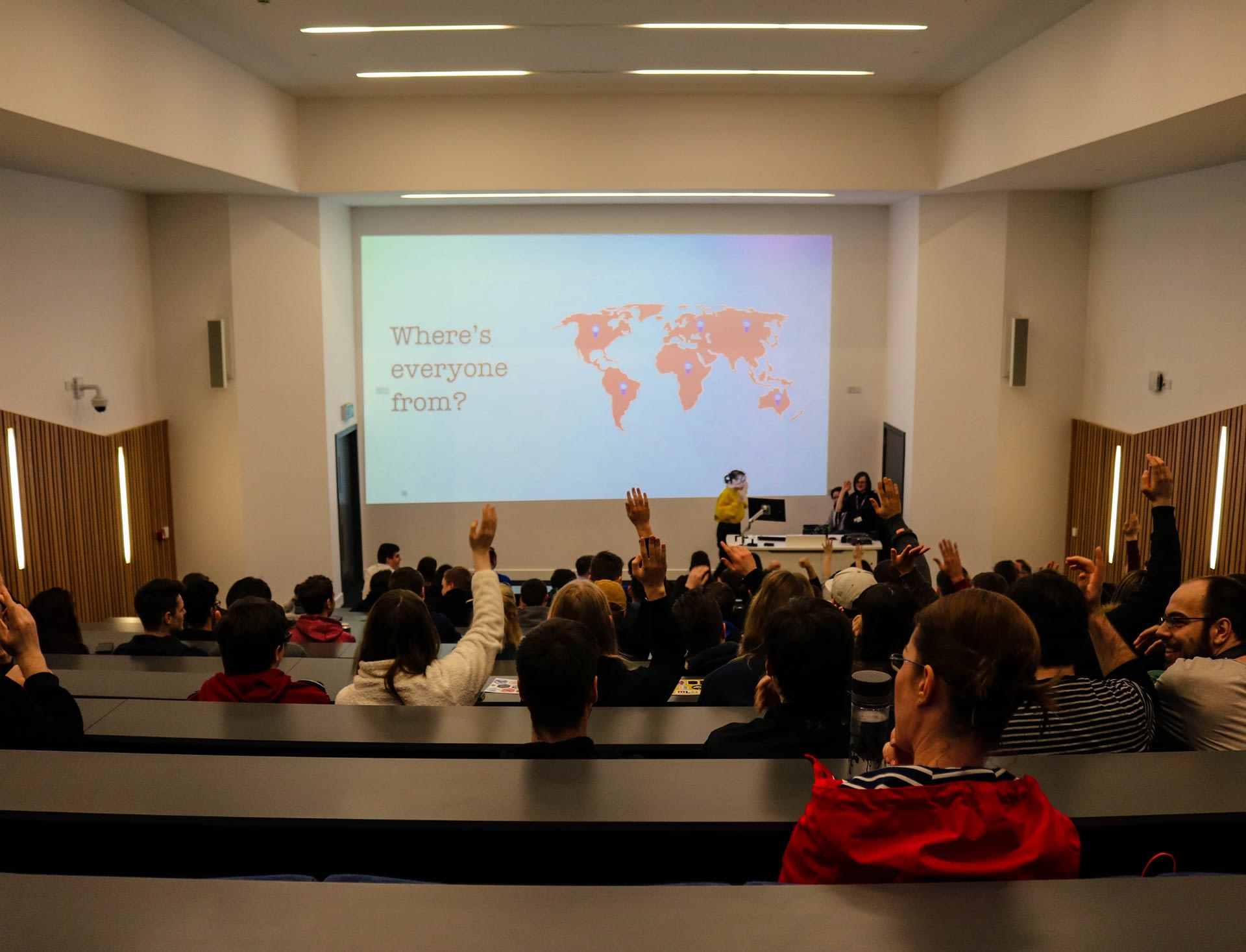 RGU Hack attracted hackers from all across the UK

We were one of the sponsors this year which meant alongside presenting what we do as a company, we proposed a challenge for the students to undertake. As a design-led agency approaching an event which in the past has been largely code based, we wanted to create a challenge that captured who and what we are as a company, incorporating the three key elements of DAC: design, animation, code.

We proposed the challenge of creating a musical instrument in the browser, entitled ‘instrument.explorer.’ We wanted students to get creative, think about animation, interaction and most importantly have fun. We encouraged them to either recreate an already existing instrument, making use of the advantages that pixels might have over a physical object or create a completely new instrument. Our criteria was a website with either a performative or educational aspect to it. The rest was up to them. 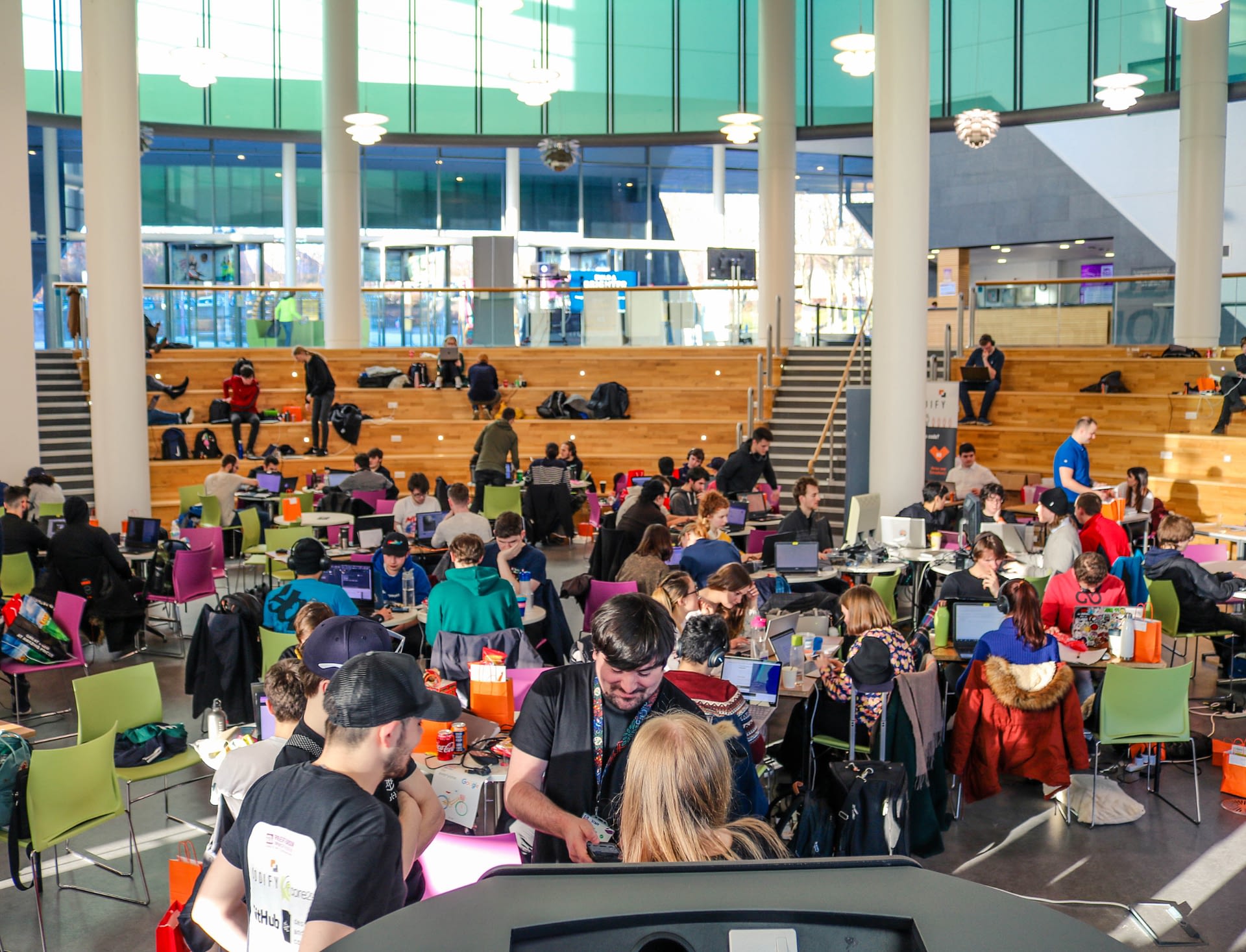 The hackathon in full flow

The event was also sponsored by a number of local and international companies including;

Some of these sponsors also proposed challenges as part of the hackathon, these included;

Teams also had a large amount of equipment to work with to create their hack. From raspberry pi’s to drones to VR headsets and much more. Sadly, despite some suggestive encouragement, no team undertaking our challenge used the drone. We however did get to fly it around for a brief period. 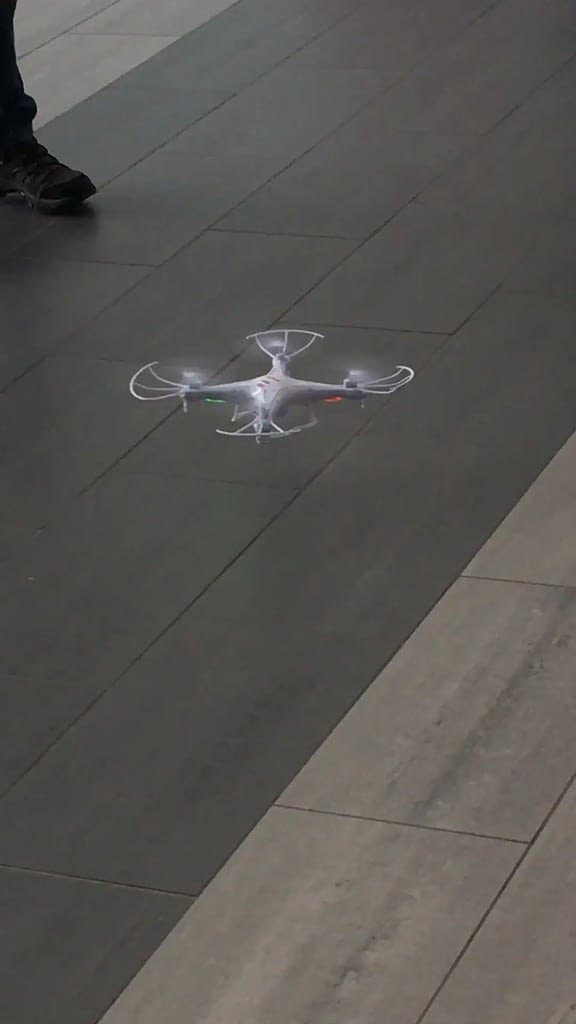 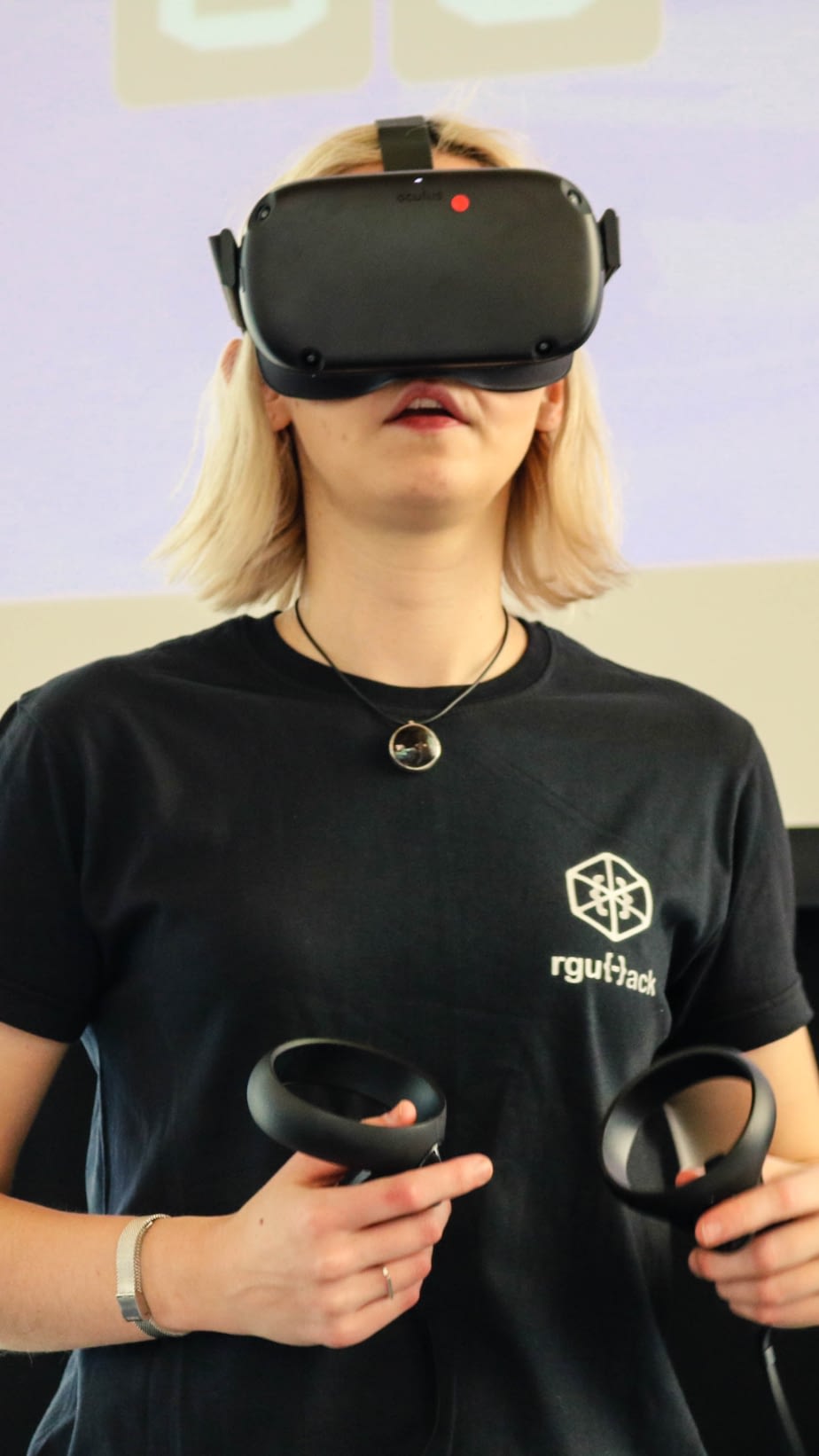 Four teams entered into our challenge. We suspect there were a few more that sadly tailed off throughout the 24hrs. We’ll go through them and then let you know who we decided was the winner. 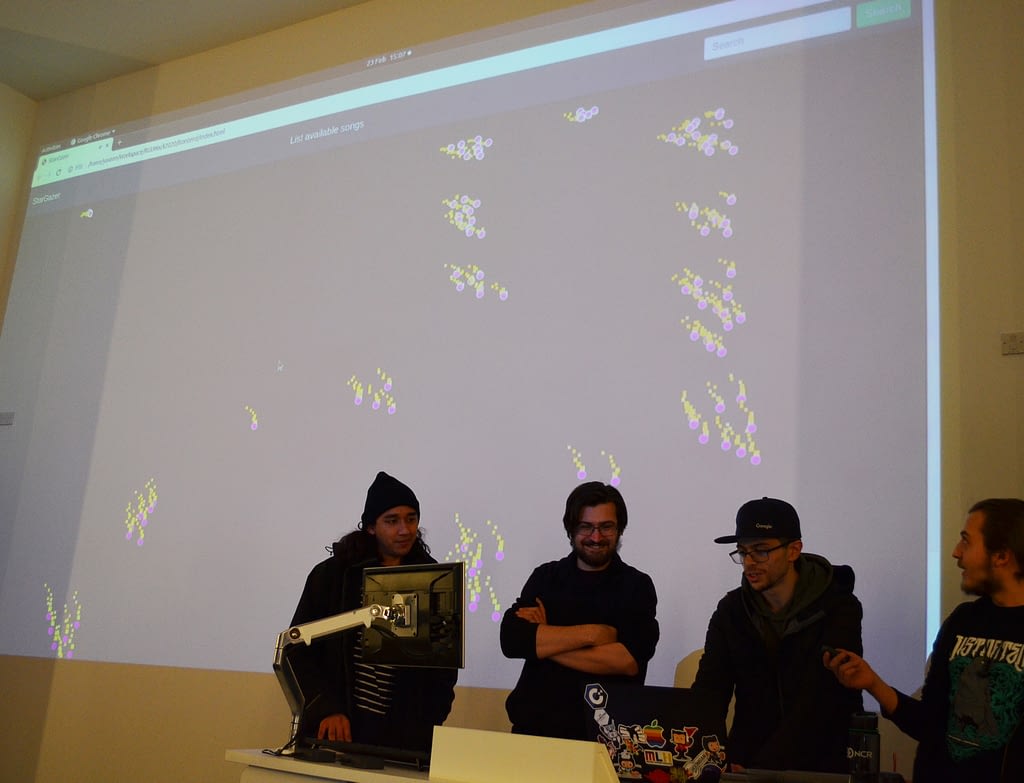 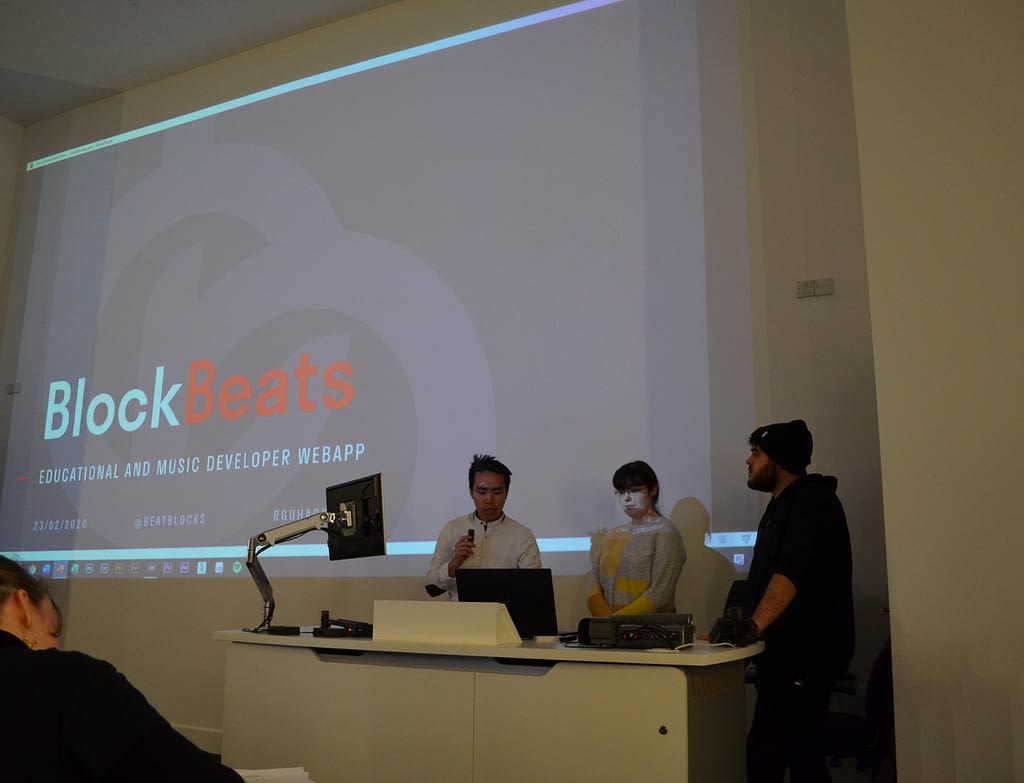 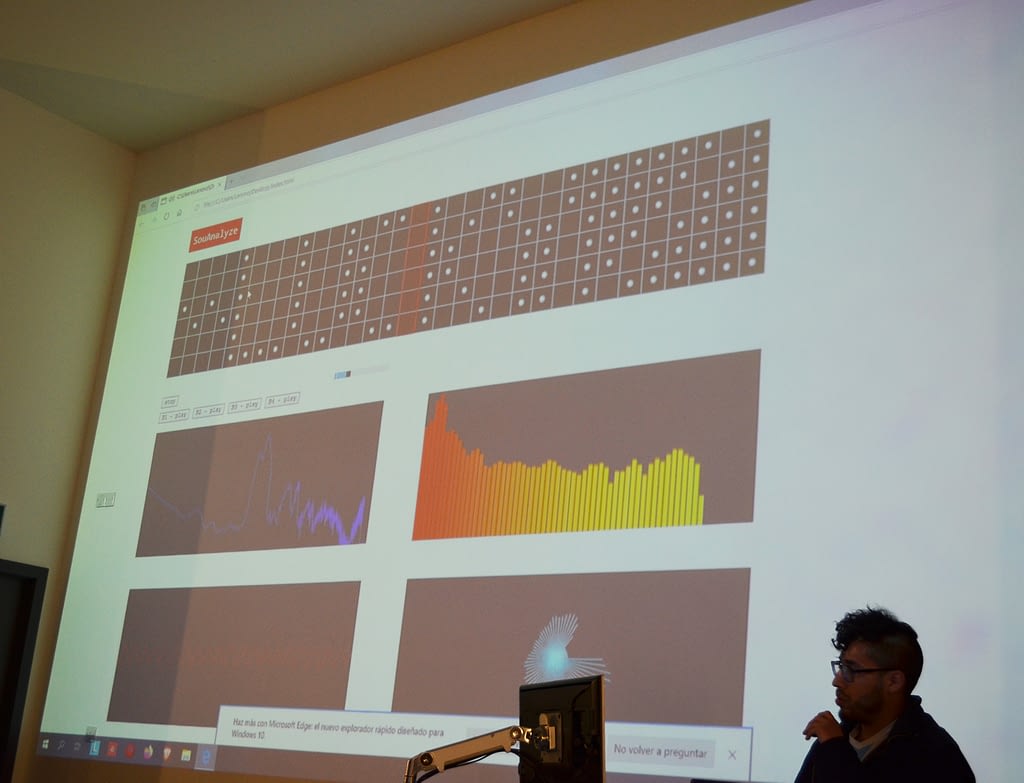 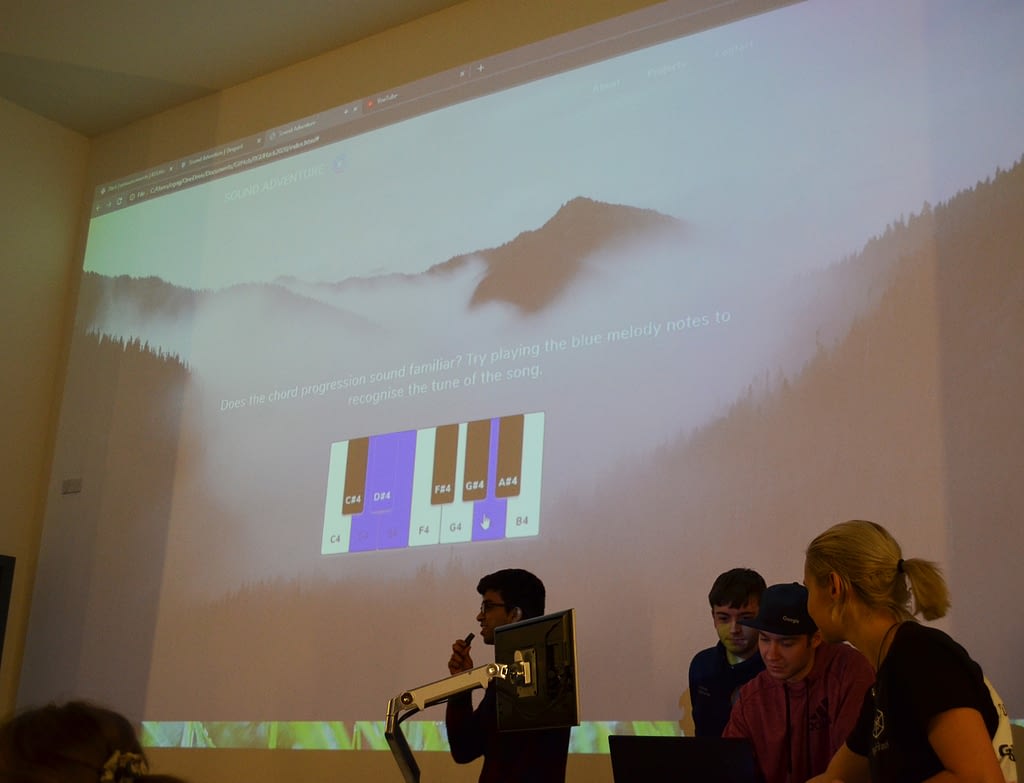 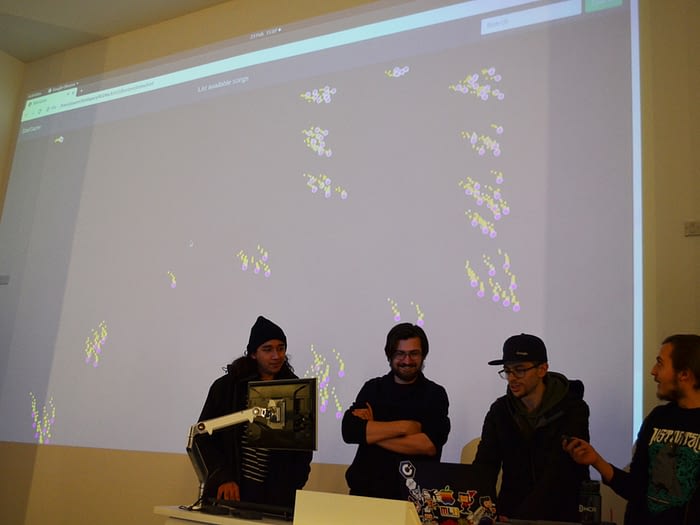 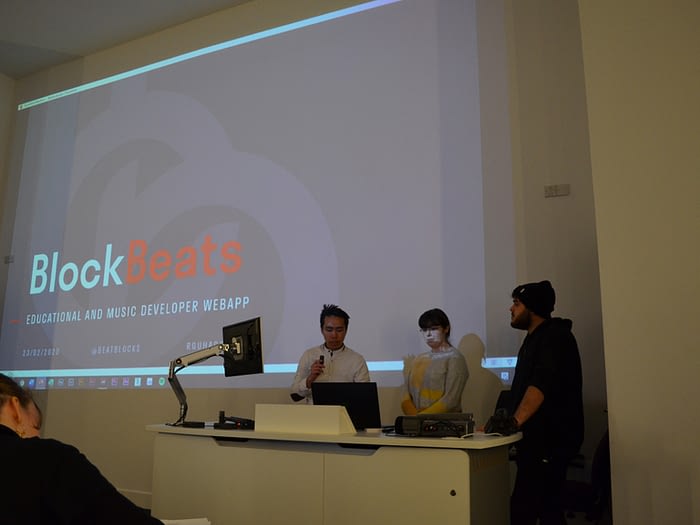 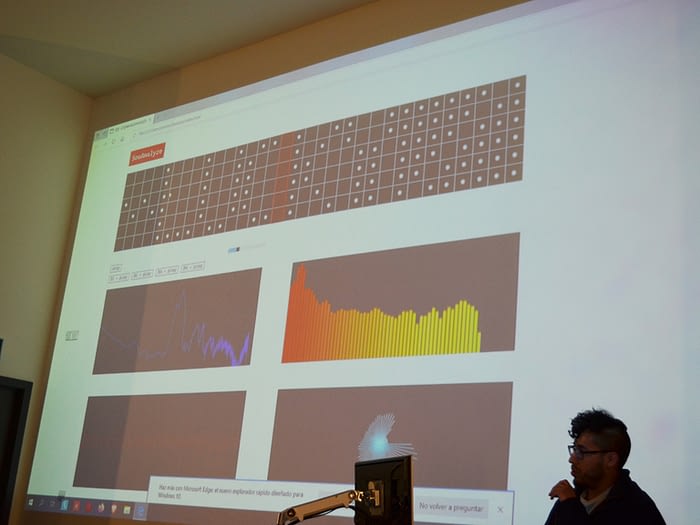 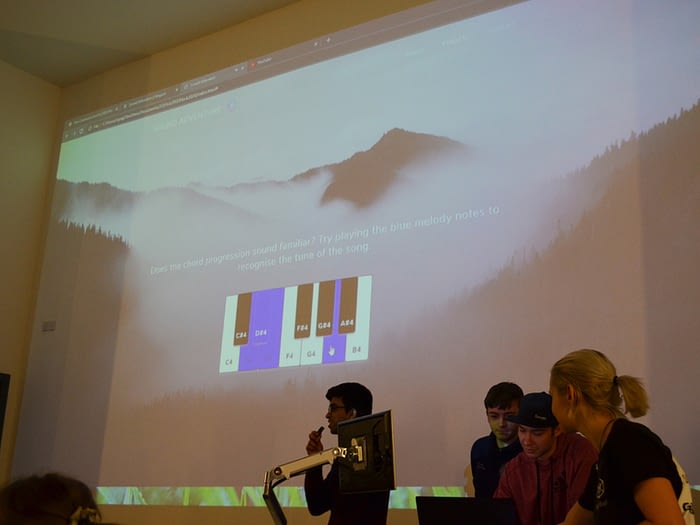 Retro-style star gazing keyboard for your otherworldly musical fantasies. They really nailed the retro aesthetic on this one.

Education tool for learning the building blocks of music. Great design including an XD link ?

Explore the world of sound using well known songs. Build up tracks to create your own sound adventure. All synthesised using JS!

Winner winner what do hackers have for dinner?

We chose ‘Sound Adventure’ as the winner of our challenge. Recreating songs purely in JS is not an easy task and we were particularly impressed with how the Sound Adventure crew managed to do this. But what sold it for us was the addition of a ‘dance’ button. 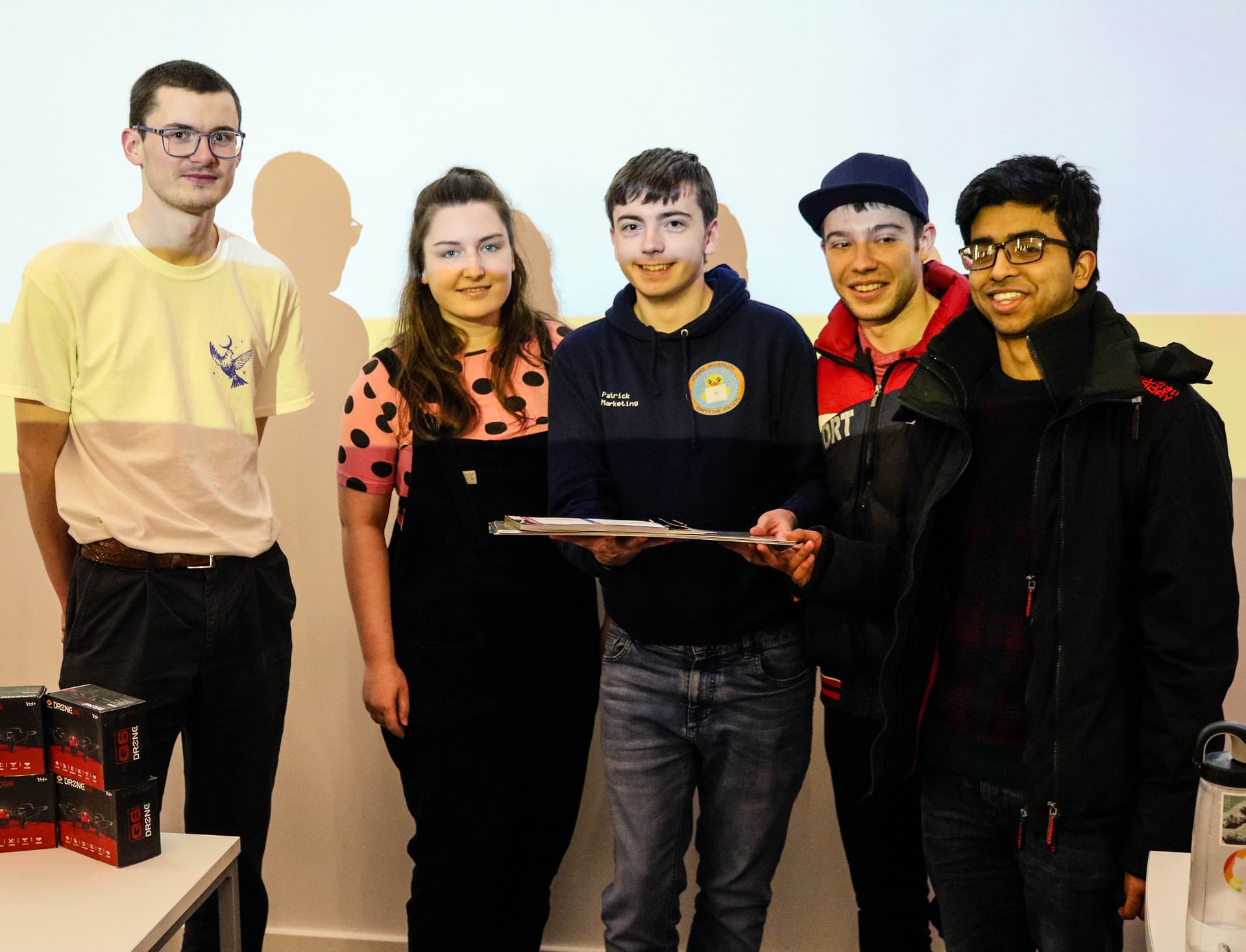 Madeleine and Jack with the winners of instrument.explorer

The overall winner of RGU Hack this year was ‘Cheems adventure game’, a hack in response to the text-based adventure game challenge set by Codify. Their meme filled game made for a great presentation and got the whole room engaged. Other notable hacks that got our attention; ‘Dream Realm’ a text-based adventure game featuring a navigate-able generated ASCII map that was different on every play of the game. ‘Eye-tracking visual keyboard’ (ETVK), a keyboard you could use just with the blinking of your eyes.

A huge thanks to the RGU Computing Society for putting such a great event on. We hope to be back next year. See what we’re up to by following us on Instagram