Making a noise with Soundplay 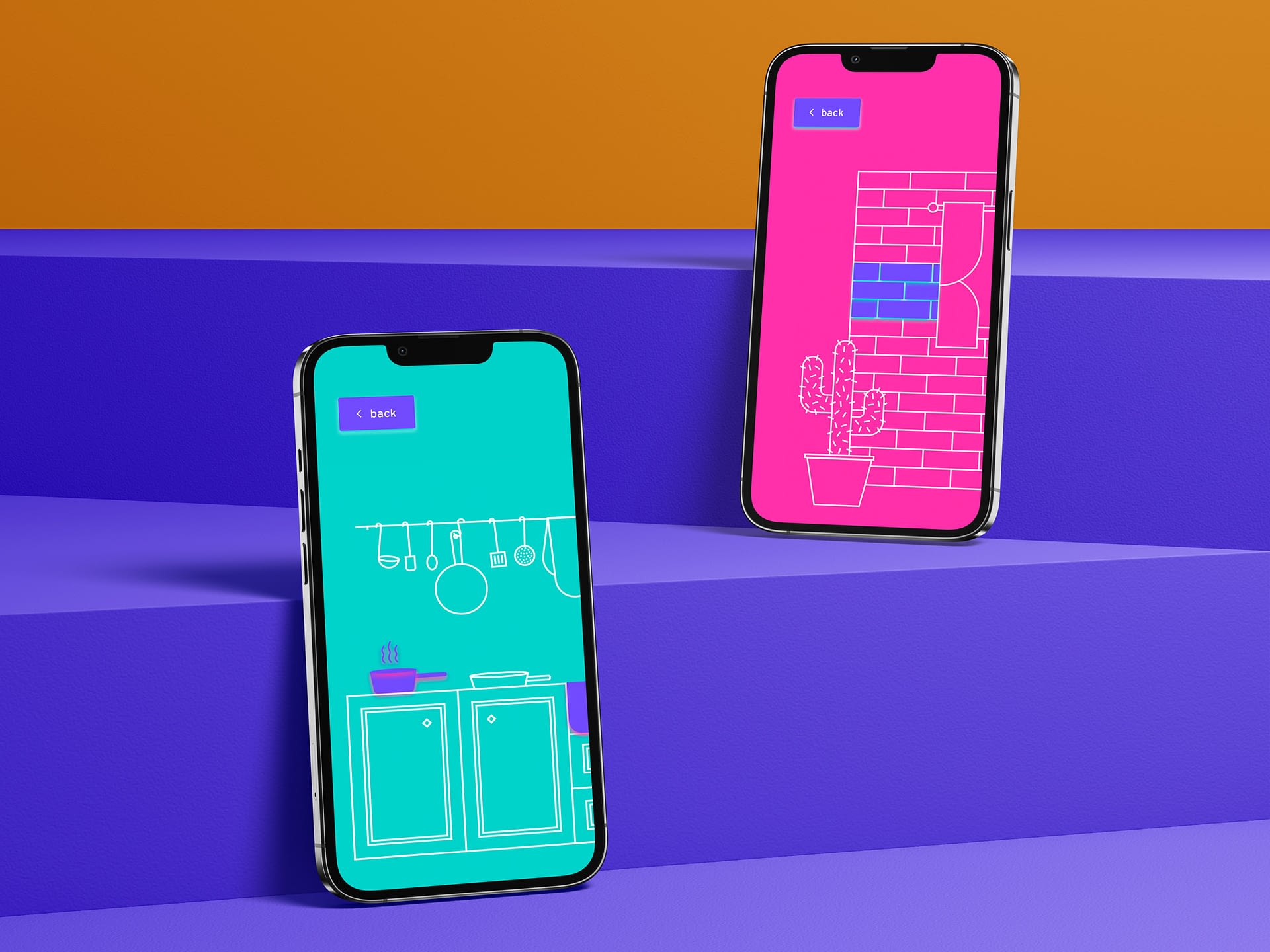 Hello… it’s been a while since we last spoke.

For the past year or so it’s been an extremely busy and admittedly, slightly turbulent period here at DAC but we’re finally feeling all settled again and delighted to bring you news of a whole slew of new projects in the coming months.

First up is ‘House Music’ – the latest project in our ongoing collaboration with Glasgow-based Soundplay Projects. But before we get into that we thought we’d share a little background for anyone that hasn’t heard of this magical outfit.

Soundplay Projects is Bal Cooke and Ewan Sinclair who established the organisation in 2017 following many years of delivering creative workshops together to young people and specifically those with additional support needs.

We first hooked up with them back then to assist on the brand and digital for ‘Sensatronic Lab’ through Sense Scotland. It was also around this time the duo were road testing a new side project – ‘Soundplay Dome’ – an immersive sensory space which allows visitors to create and collaborate with music no matter what challenges they face.

The Dome is an audio visual haven containing a number of accessible, interactive musical devices which project lush sounds and animation to create a hypnotic, uplifting experience.

We were blown away by both the installation and the great work they were doing engaging with youngsters and communities throughout Scotland. 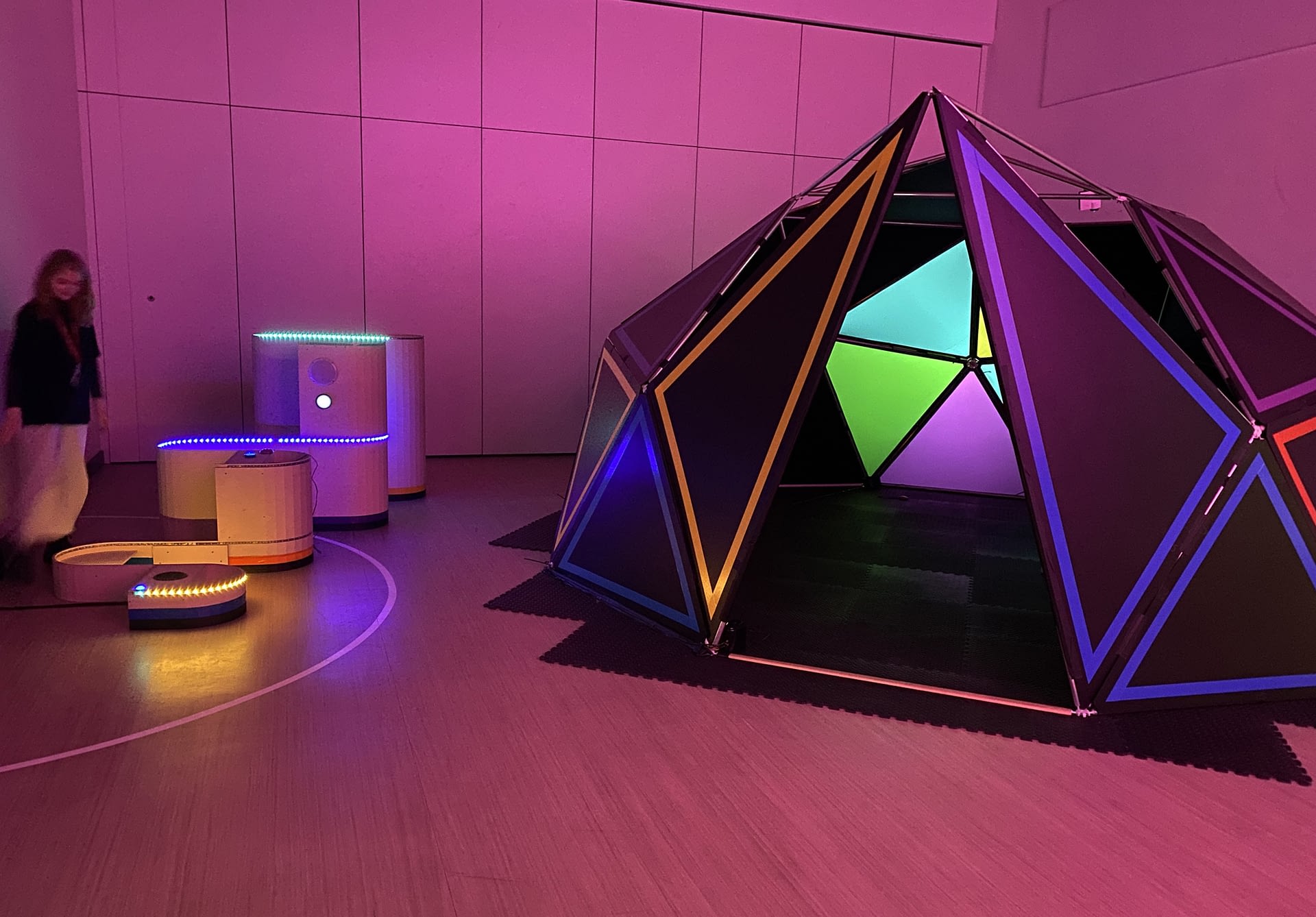 The Soundplay Dome and Signwave installation

Since then they’ve gone on to develop Soundplay Studio — a space to host workshops and experiment with new installations. They’ve toured Europe, featured at the Edinburgh Festival and established strong partnerships with organisations such as Platform, DCA, PACE Youth Theatre, SensationALL, Imaginate, Youth Music and Aberdeen Art Gallery & Museums.

Working with Soundplay is a great fit for us. There’s a mutual love to find ways to use our creative and technical skills to deliver projects that have a positive social impact.

We were recently invited to join them for a CPD session at Orchard Brae in Aberdeen where we caught up with the latest incarnation of the Dome (v3.0) and grabbed an opportunity to play with their new Signwave installation.

It also coincided with the release of our most recent collaboration, House Music. 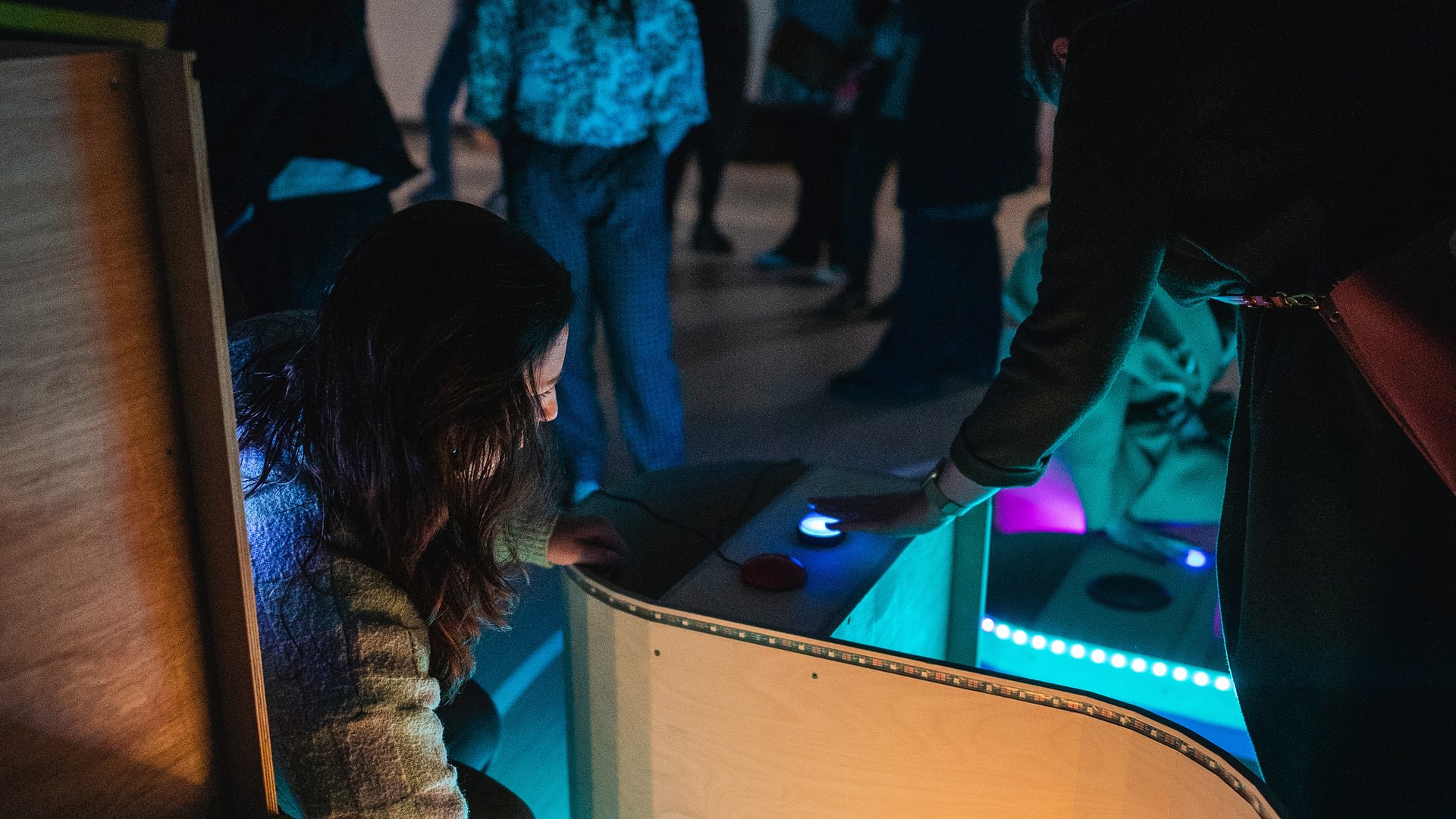 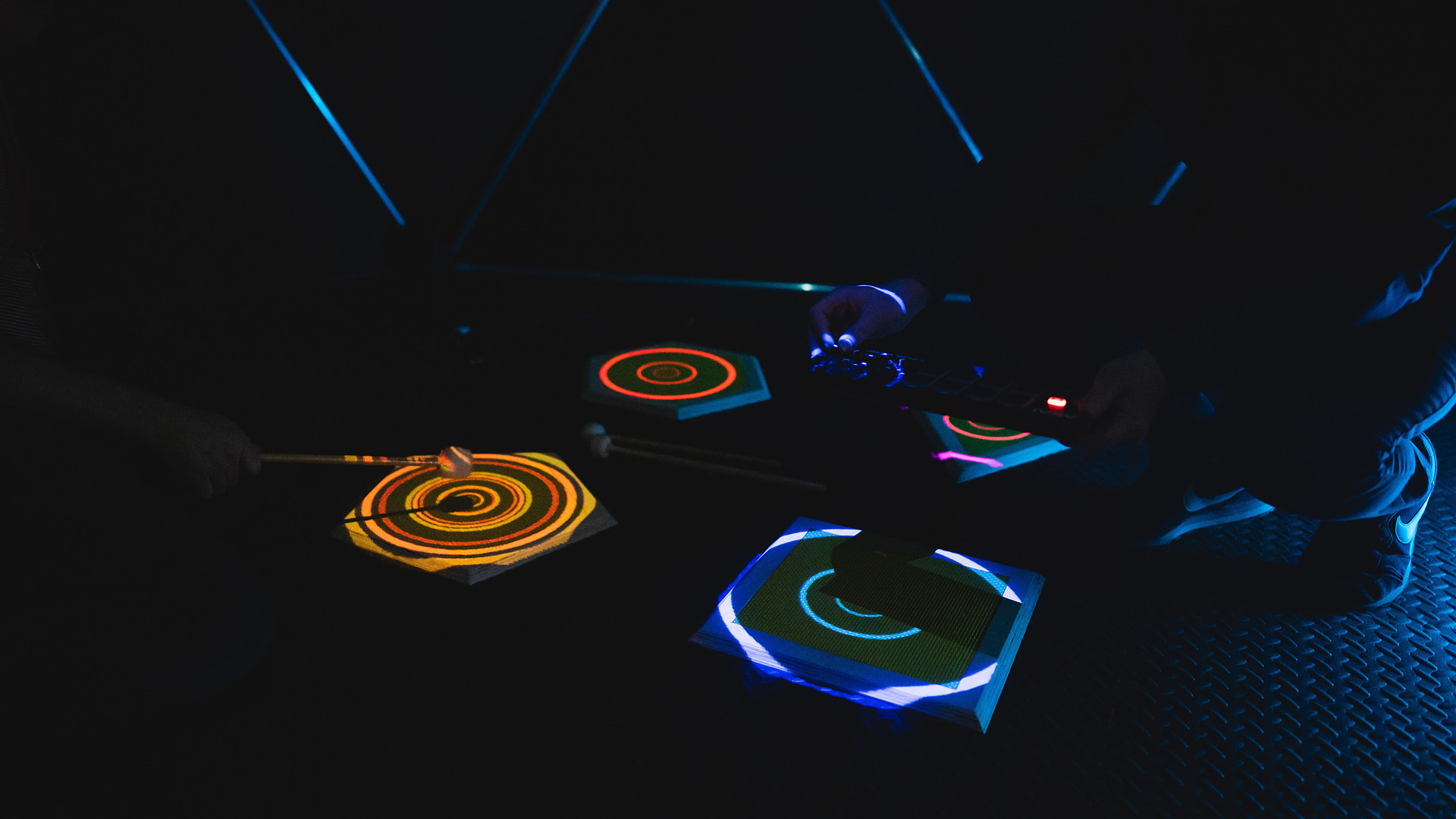 Testing out new instruments in the Dome

Following lockdown and an inability to continue with in-person workshops and events we partnered with Soundplay to develop House Music; a mobile-first web application that allows users to collaborate and create music in real-time. It also allows Soundplay to share their unique and fun experience out to a wider, global audience.

Soundplay’s idea was to create a virtual house where you can invite friends from anywhere in the world to join in on a musical journey by playing a range of digital instruments inspired by rooms and objects found in the home. Interactive elements in each room allows sounds to be created and played back in real-time across devices for collaborative sessions or as a fun interactive platform for one.

To test their concept, we created a working prototype which helped secure funding, from Creative Scotland and The Space, to develop and test a fuller web app.

Our research and discovery process included workshops, questionnaires and testing sessions with multiple groups of the target audience. We used the developed prototype to get a sense of how users approach the app and which functionalities might be beneficial to an improved user experience. 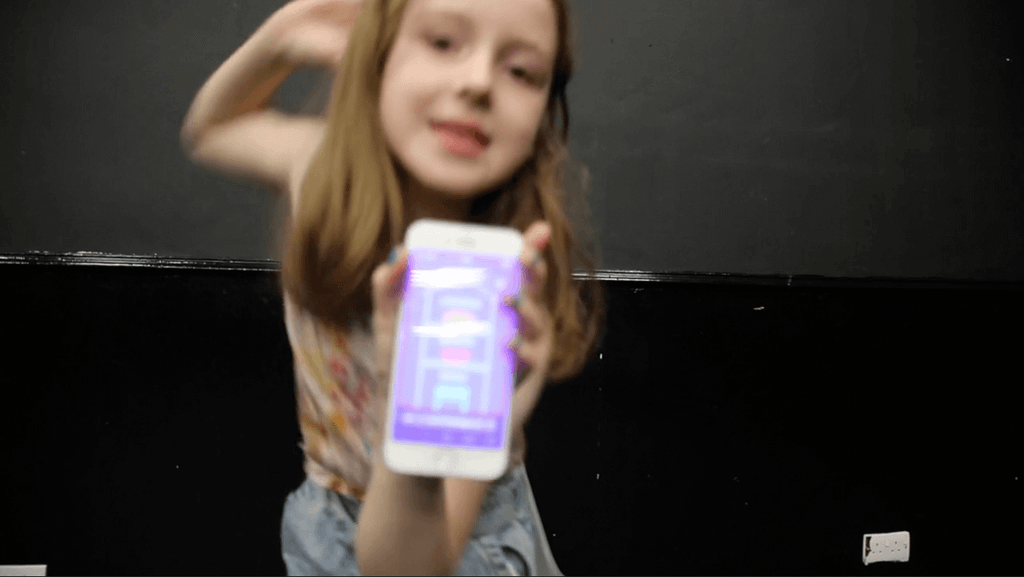 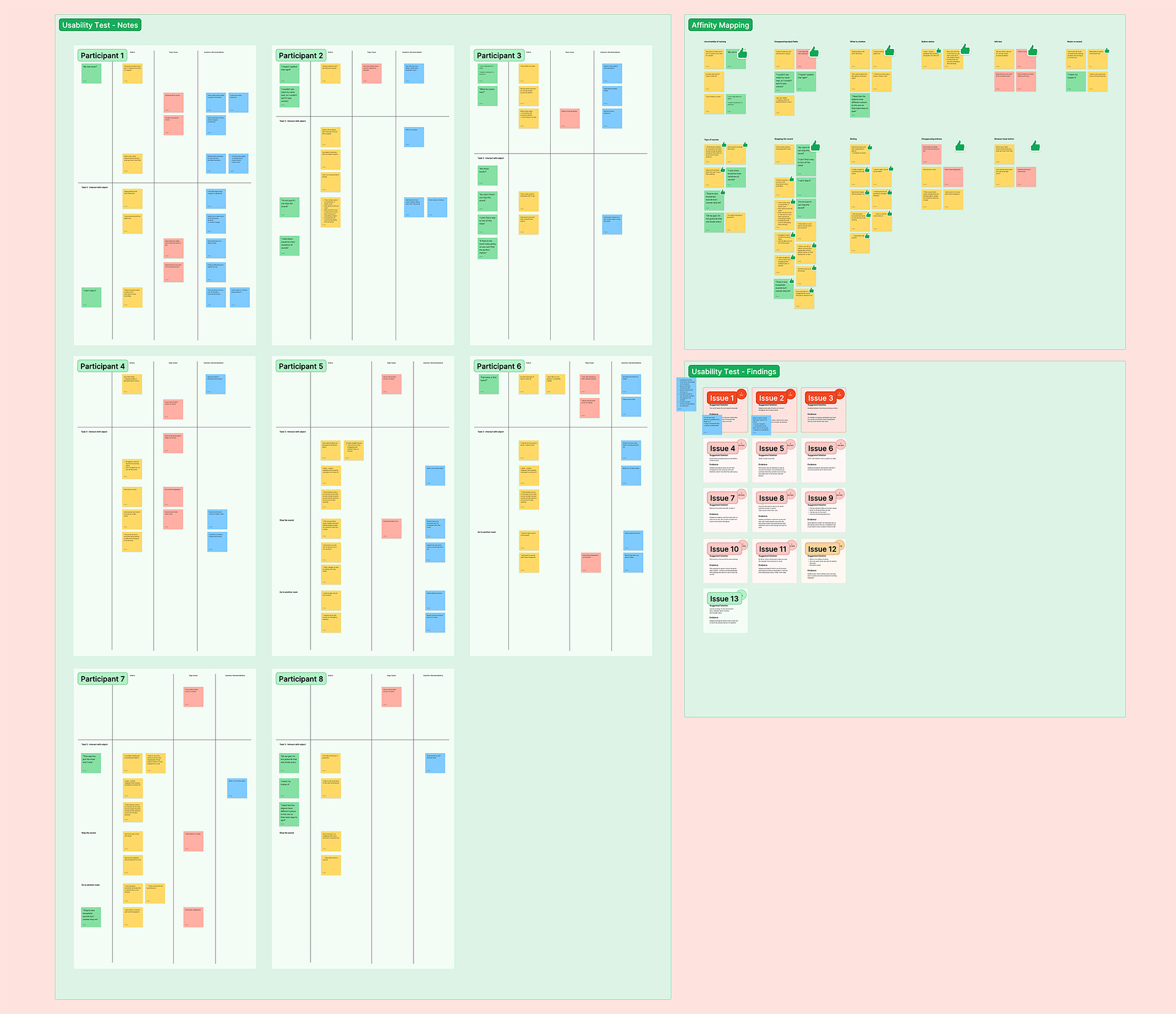 The research helped establish a target age range of around 7-10 years old for this initial build and informed a simple, intuitive visual design to make it accessible through a range of devices.

For those interested in the technical aspect, we built the web app using Nuxt.js (in SSR mode), Socket.io (for communication between users) and deployed it on Heroku. The nuxt-socket-io plugin allowed us to tightly couple Nuxt and Socket.io together and take advantage of global state management through Vuex and allow easier debugging inside Nuxt.

Socket.io ensured that the real time communication between users on the app was super low latency and felt very snappy, whilst also ensuring everything can scale for future development.

Building on this stack meant we could develop our ideas quickly and use features like page transitions inside Nuxt to make the mobile-first website feel more like a traditional app.

We used SVGs for a large proportion of the interactive elements. However, these elements are not tabbable and interactive to non-mouse users as standard, so we needed to take this into account. Using the tabindex attribute on elements inside the SVG allowed us to set the correct tab order and make these elements focusable.

Throughout the development process, we conducted multiple rounds of usability testing sessions to test and iterate the changes and improvements. The feedback from the young users was invaluable and helped us map out the user journeys and structure. We resolved usability issues early on and included new features that weren’t part of the initial prototype. 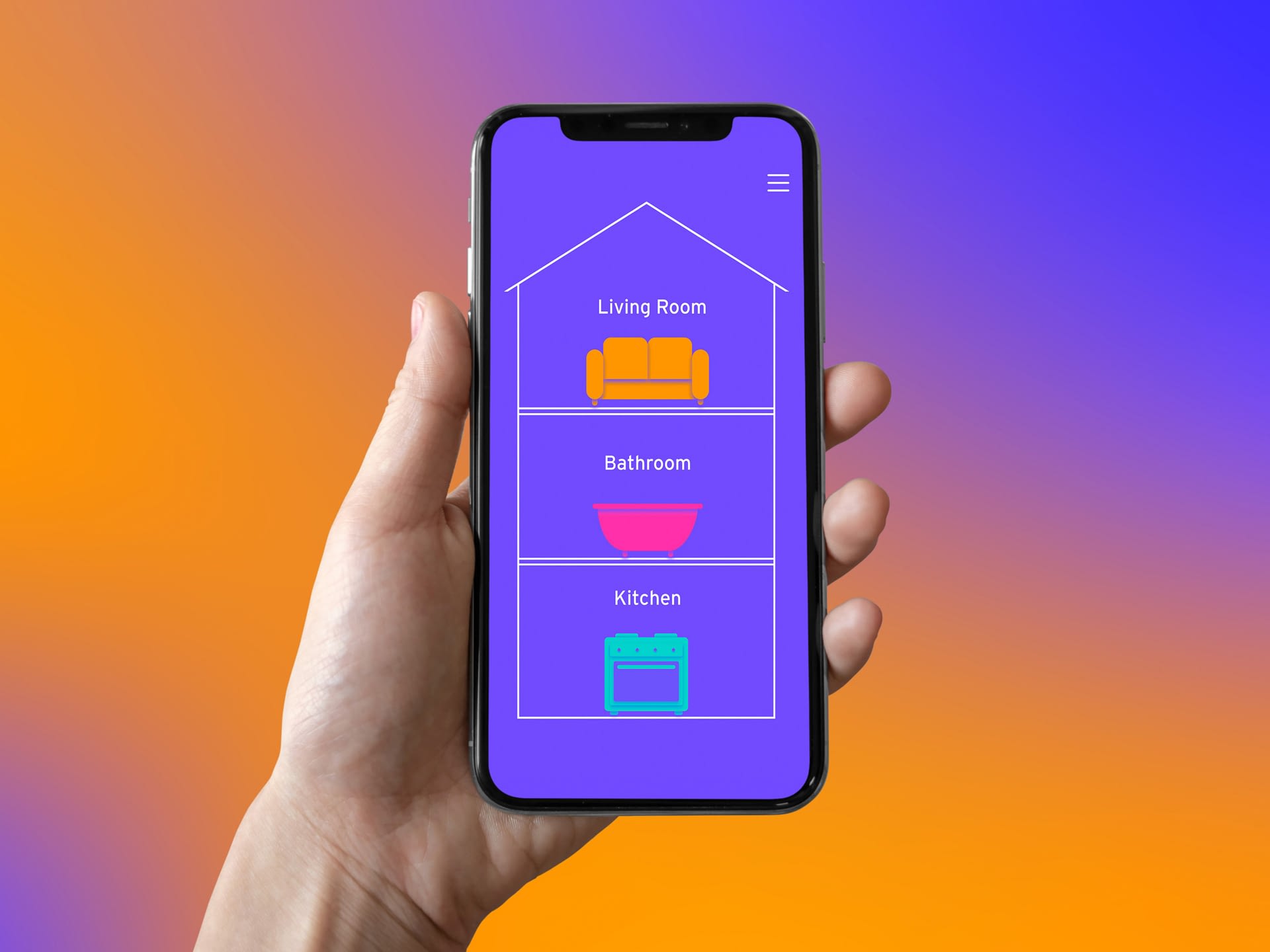 Which room are we gonna noise up?

We’ve already started planning for future development as there’s so much potential to expand on the initial concept.

Building partnerships, with inspirational organisations like Soundplay who make a positive contribution to the world is a hugely important part of what we do. We are excited to continue to work with them to strengthen music engagement and accessibility for young people in Scotland

To find out more about Soundplay events and the wonderful work they do, visit soundplayprojects.com