Double win for DAC at the Virtual Society Awards 2020 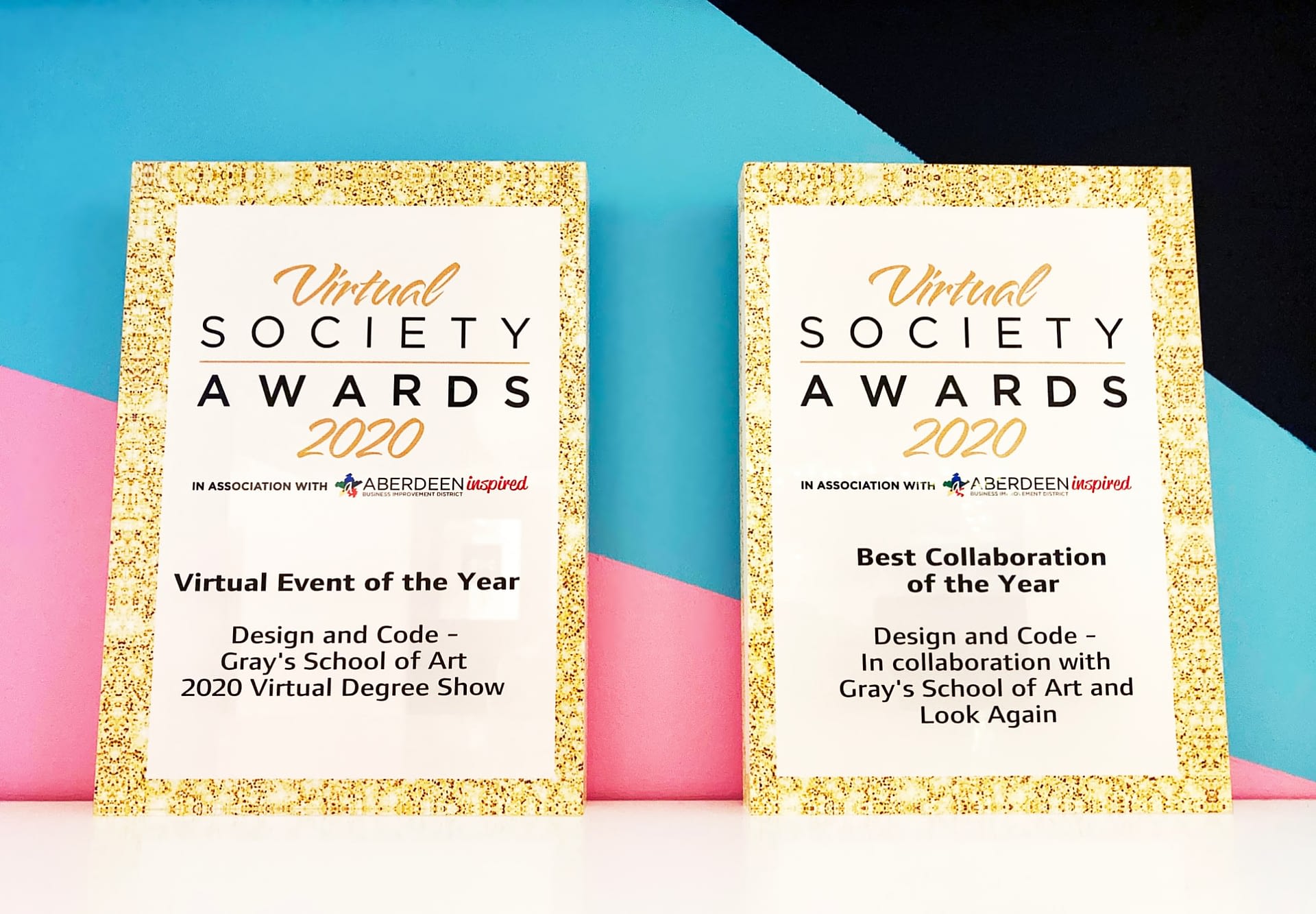 Both awards take pride of place in our studio

A few weeks ago we were lucky enough to be finalists for two categories at the Virtual Society Awards 2020 — Virtual Event of The Year and Best Collaboration of The Year — both for our work on the Gray’s School of Art Virtual Degree Show 2020. We partnered on this project with Gray’s School of Art, Look Again and Robert Gordon University — we’re well aware how much of a mouthful that is but you get used to it!

On the night of the awards, a few of our collaborators from the Virtual Degree Show joined us in hopping on a video call before the ceremony to toast to the achievement of being finalists. It was lovely to have a few drinks together as we would normally have done in the studio.

It was our first time at the Society Awards and even though this year’s ceremony was online, we all had a great time. It was clear the team at Society had put a lot of effort into the event which included a cocktail-making tutorial by Boozy Events and some amazing entertainment by illusionist Ariel Hamui who talked us through how to do a magic trick at home with just a deck of cards. Our team had varying success levels with the card trick but it’s likely the celebration drinks played a part in our poor results rather than Ariel’s teaching.

Avatars exploring the Quad area in the Virtual Degree Show 2020

The whole team at DAC felt incredibly proud and grateful to end up winning both awards. The Virtual Degree Show was a real passion project for everyone involved. It was created in the early days of lockdown when the world was in peak confusion and we were all working from home for the first time. We were learning how to work together remotely as well as skill-sharing as a team more than ever to deliver this huge collaborative project. For these reasons and more, the Virtual Degree Show marks a memorable period of time for us so it is great that positivity continues to come from it.

It was particularly special to watch the video clips showing how all the finalists had adapted and triumphed despite the obvious difficulties this nightmare year has brought to the world. Seeing so many small businesses grafting away during such turbulent and ever-changing circumstances was and is motivating. There are some cracking small businesses in Aberdeen and the Society Awards highlighted this.

You can still view the Virtual Degree Show at www.graysdegree.show